BRISTOL – BRIGHTSTOWE BY BRAUN AND HOGENBERG, 1581. 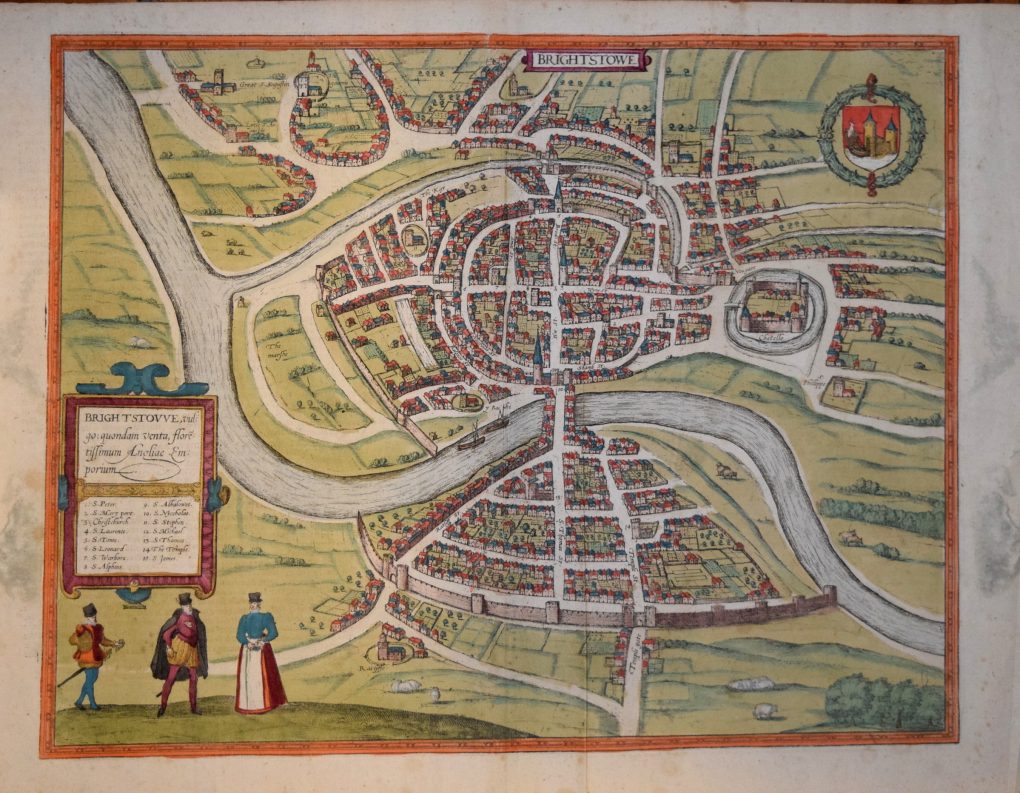 COMMENTARY BY BRAUN: "Bristol is a well-known, and after London the most important, centre of trade in England, 5,000 paces away from the sea and built up along both side of the River Avon. Both parts of the city are linked by stone bridges lined with buildings on both sides, so that one doesn't notice when going over the bridge that it is one. The ocean in this region is very stormy, since the tides are very strongly felt. Because of plentiful fishing the fishermen set off twice a year to America, that is, to the northernmost part of the world, today called the New World."

The bird's-eye view depicts the trading city of Bristol, which is located by the sea in the southwest of England and is separated into two parts by the broad winding River Avon. In the background the small River Frome divides the city centre shown in the middle of the plate. In the foreground lies the southern suburb of Redcliffe. As a wool and cloth-trading city, Bristol, founded at the turn of the 11th century, took an increasing important role and was for centuries England's second most important city after London. The bridge gave the city its name early on: the Old English name Brycgstow means the "place at the bridge". The castle on the right, which is well fortified and has a moat, was erected under Norman rule. Bristol was the homeport of an important merchant fleet, which led to the founding of the renowned Society of Merchant Venturers; in 1497 the city became the departure point for John Cabot's expedition to North America.