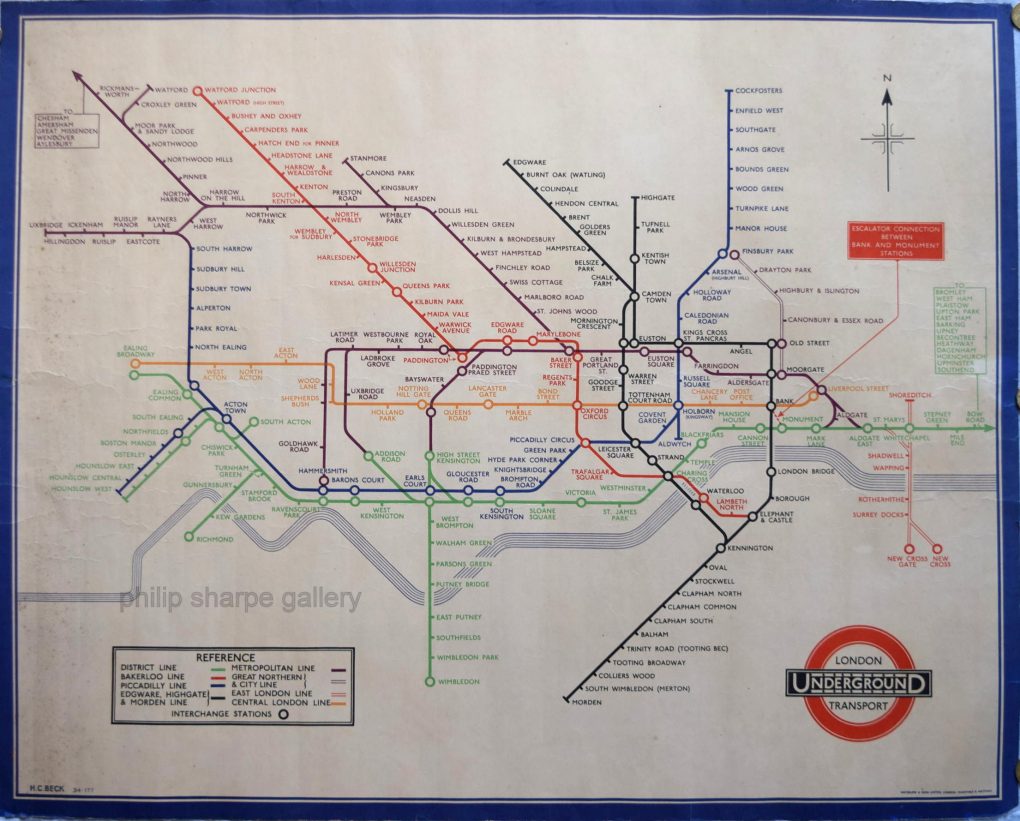 Following the public embrace, Beck was immediately commissioned to
redraw the diagram in two poster formats, Quad Royal (50 x 40 inches) and a
smaller format (30 x 24) which is often referred to as Double crown despite
being 4 inches too tall. These poster maps were issued to stations in July and
August 1933 respectively. This '34.177' map is Beck's 1st revision to the
'double crown' design and was issued in very early 1934.

At first glance, this edition appears identical to the August 1933
issue; However Beck undertook the following changes: The Central Line now sits
above the District Line at Ealing Broadway; Monument is now shown as an
interchange station; A red box has been added to highlight the new escalator
connection between Bank and Monument; The spur connection between Watford and
Rickmansworth on the Metropolitan Line as been removed; 'LTPB' replaced with 'London
Transport' in the Underground roundel logo.

Early HC Beck station maps saw limited print runs with stations
receiving between 5-10 each. The posters that avoided being pasted directly
onto walls will have been destroyed when a new map was issued. Therefore very
few examples of Becks first posters exist today. We understand this to be the
sole surviving example of Beck's 34.177 poster map. Indeed, even the London
Transport Museum only have a monochrome print of this edition in their
archives.